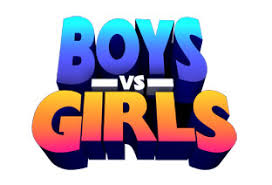 Tell us about something you think is terribly unfair — and explain how you would rectify it.  Photographers, artists, poets: show us FAIR.  via Daily Prompt: No Fair.

I think it is unfair that women take on so much more than men ever have to, we are the stronger beings of the two and yet we are mistreated and prejudged.

Let me back up.  I am not a feminist. I am fine with women being in the kitchen and men doing the hard labor if that’s their choices.  What I am saying is that because women have been given such a negative connotation in the past, it is human nature to form a preconceived judgement towards a women.  Meaning, my argument may be less recognized because I have hormones.  Most of time I am overreacting because of my hormones, right?  Men never react or overreact to anything and all their reactions make sense, right?

Let me also say, it is not all women and men at war but merely my observation of what I have been surrounded by.  It’s best if I give an example or two.

Dating.   Automatically, as a women I assume that the men needs to make the first moves and chase after me.  It feels like it is part of our DNA to do it this way.  Is it in actuality the way things or supposed to be?   Do we need to have rules for every aspect of life?  Can’t we just meet, be honest and take it from there?   Why do we insist on the masculine and feminine games?

Fighting.  If a couple fights and the woman is the one who brought this fight into play but her reasons are completely valid, the man will not take her seriously because A. he never wants to be wrong and B. she always needs to bitch about something.  But if the man brings an argument to light, his reasons are automatically valid, the world must stop because he has been bothered and it must be handled in the best way he sees fit.

The point is, we don’t understand each other at all.  We think differently.  Our minds look at the same situation with completely different perspectives but they are both valid.  Does this make either one of us wrong?

We both come from two predetermined mindsets and are taught negative things about each other since the beginning of time.  We don’t know how to talk to each other or treat each other especially when there is an issue.  It is a guessing game turned war zone.

I don’t think it is fair that we have been turned slightly against each other by society since the beginning of time.  It is unfair that we can’t go back in time and change that.  It is unfair that it will forever go on that way no matter how “powerful” a woman can get.  In the world’s eyes, a woman is the weaker link.  That is unfair.  We are strong.  We birth children, work hard labor, raise other human beings, hold families together and balance this all while trying to be great wives.

Men you work hard but you don’t endure the physical and mental changes that a woman does.  You don’t have to balance hormones and sanity.  You don’t have to suffer carrying life around for 9 months and then go through such agony to get it out.  You’re body doesn’t have a mind of its own.  Women are strong because we endure a lot.  I am not saying we should be equal or one should outrank the other.  I just think we deserve the recognition and respect for who we are.  I think that would be fair.

Oh yea, and let’s try to get along because I still love ya!

8 thoughts on “Girls vs Boys [Daily Prompt: No Fair]”

There was an error retrieving images from Instagram. An attempt will be remade in a few minutes.